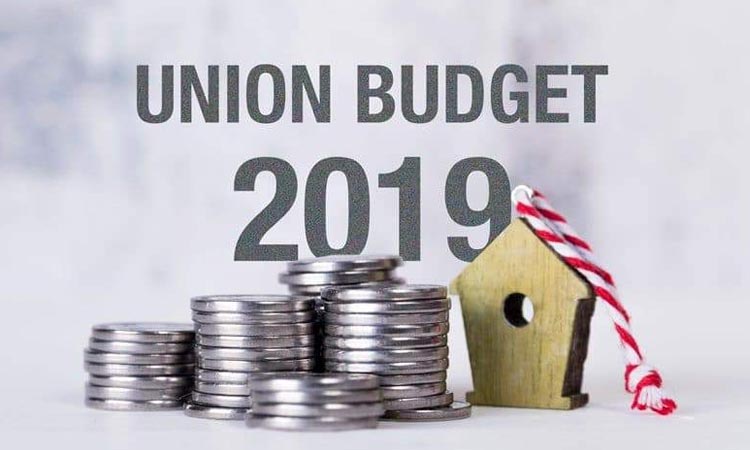 The Union Budget plays a very important role in our lives. This is because everything from getting cash every day to deciding which railway ticket to book is decided by this budget. The Interim Union Budget has been released for the year 2019. It brings up quite a number of pleasant surprises in store. This is especially true for the real estate developers in Kolkata.

The real estate sector occupies a pivotal position in our lives. This is because residential apartments form an intrinsic part of our lives. People all over the world and Indians, in particular, invest heavily in property. This makes it essential that we pay a lot of attention to this important domain of our lives so that we are better informed when we make the decision to buy an apartment.

This article provides you with an overview of what the Union Budget 2019 will bring to buyers and investors alike. Here we inform you about all the changes that have taken place in this year’s budget that holds good for property buyers. We also provide you with snippets of information that will help you stay aware and in the loop of the latest developments in this exclusive domain.

Read on to find out the different benefits that the Union Budget of 2019 will bring to buyers and investors alike.

Earlier, property owners could only get tax gains on one house owned anywhere in India. However, with the recent Union Budget, property owners can invest in two houses and still get the tax gains that are associated with it. The only catch is that the total value of the property should not exceed Rs. 2 crore. All these stipulations are given in Section 54 of the Income Tax Act. This modification that has been brought about in this Act has helped immensely in helping investors buy two houses at the same time. It also holds good for the builders and developers who have made real estate their business.

According to the previous budget, those property owners who had two houses had to pay tax comparable to the notional rent of occupancy on one of them. This caused various hardships to them as many families need to keep two 2 BHK houses for multifarious reasons. The reasons could be many like old parents who need some more space, children who need a separate place to study or even a separate house for spouses who are living apart for their jet-set careers.

In this budget, the Government has realized the importance of the second house in the lives of the citizens and has removed this tax on the notional rent of occupancy for Indians. This has really helped them live out their lives in a fuller and more efficient way. Another boon that the Government has given the citizens is to extend the period of collecting notional rent on inventory that is unsold from one year to two years. This has given the people a lot of leeway in managing their property in the best possible way. In this way, this beneficial move has helped both home buyers and real estate investors alike.

3.     Raise In The Limit For Taxes Paid By Corporations

The recent budget has raised the limit for taxes paid by non-individuals, in other words, the corporations. Earlier the tax limit for corporations was 1.8 lakh in every financial year. But with the current budget, the limit has been effectively raised to 2.4 lakh per year. In this way, the raise has immensely helped corporations who rent out their properties for supporting themselves financially. This move will also help them in getting proper exemption from taxes for these properties.

Another important development that has come about is that the Government has given one-year extension for the benefits accrued as per Section 80-IBA of the Income Tax Act. This has enabled all the residential projects that have been approved until 31 March 2020 to enjoy the benefits that have been provided by this Act for two years based on unsold inventories. Real estate developers will find it worthwhile to build and develop more affordable projects especially 3 BHK houses owing to the expected rise in the supply of such additional projects.

The Pradhan Mantri Awas Yojana or PMAY is a flagship project launched by the Government of India to provide all Indian citizens with an affordable home by the year 2022. As the name suggests, this project has been started with an aim to provide a roof over the heads of all Indians.

The Government has played a major role in this regard by providing exclusive funds to help financial institutions like banks to provide the citizens with affordable home loans for helping them to purchase this property. This has happened in spite of the fact that the allocation for PMAY has been reduced from Rs. 26,405 crore to Rs. 25853 crore. This clearly shows the high level of interest that the Government has played in this regard. It also reflects the support given for implementing this program at the grassroots level.

The most current opinion of real estate developers is that the Union Budget has immensely helped both builders and developers and also the clients. This is because they have been provided with an extremely lucrative deal. The raising of the tax ceilings will play a major role in increasing the buying capacities of prospective home buyers. On the other hand, the developers will also benefit from the reduction in rent provided on unsold inventories with a ceiling of two years. All these above factors will trigger positive market sentiment that will considerably help in bringing up a favorable ecosystem.

In this way, the Pradhan Mantri Awas Yojana has played a pivotal role in making housing affordable to the masses. This scheme definitely needs to be lauded with all the respect that it due to it. We will hopefully see the fruits of its success quickly given the amount of time and effort that has been expended in making this endeavor a grand success.

From the above, it is clear that the Union Budget 2019 will bring about a lot of benefits to buyers and investors from all over the country. This is especially true for new residential projects in Kolkata. Therefore, it is indeed prudent for us to realize the noble causes that it supports and join in making the best out of it.