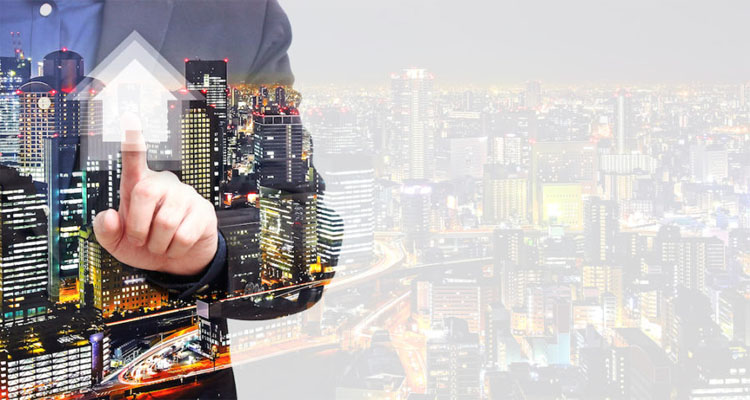 Real estate has become one of the most preferred investment options in recent times. This is because the booming Indian economy has provided people with high incomes. It has increased their purchasing power and has led to high demand for homes and commercial spaces.

This article helps you in understanding how the real estate industry has grown in India. It provides you with a glimpse of the important changes that have taken place in this industry. All these developments have helped the industry grow by leaps and bounds.

Read on to find out about the high level of expansion in the real industry in India. This will help you in getting an accurate picture of the same.

Where is Real Estate Required?

As mentioned above, the most obvious place where real estate is required is definitely for housing. India has been plagued by a severe housing shortage for a long time owing to a high population that never seems to wane and widespread poverty. In recent times, there has been a high level of poverty alleviation owing to the booming Indian economy. This has enabled many people to buy real estate property that they may not have been able to afford a couple of decades back. 2 BHK flats are the most popular choice for people who want to buy affordable housing.

Real estate is also required by corporate offices and businessmen who want to open company establishments. With the high level of corporate expansion in India, it has become inevitable that real estate will experience expansion and will witness a steady rise in the coming decades. It is common knowledge that most Indian cities have corporate hubs that are located in specific locations and this is bound to rise with the rise in the industrial development of the country.

Real estate and construction go hand in hand. The construction industry in India has grown to such a large scale that it is now the third largest industry in the country. These two industries have mutually supported each other and have enhanced each other’s rate of development. It has also provided employment to a large number of workers in India.

Another point to be noted is that Non-Resident Indians or NRIs have started investing in real estate in India. Obviously, the money for this has been earned abroad and is now entering the country in the form of overseas remittances. While Bangalore is the most popular choice for NRIs to invest owing to its good weather and Westernized mindset, the other cities where NRIs love to invest include Pune, Ahmedabad, Chennai, and Delhi.

The main sectors where the maximum expansion has occurred are IT and ITES, E-Commerce, and Retail. There has been an increase in commercial premises to 600 million square feet in 2018 and this is still expanding at a rapid rate. This has been followed by a substantial rise in gross office absorption and co-working space.

The rise in the number of promoters and developers in the real estate sector has followed suit with the growth and development of this booming industry. This is mainly because many old buildings and complexes are being brought down and rebuilt in the drive for building new residential towers.

This trend was unheard of a couple of decades back but the rise in demand for housing has prompted many promoters to cash in on this wonderful opportunity to build a lucrative business. In this way, it serves the twin purposes of meeting the needs of the populace as well as helping in the modernization and upliftment of the country.

The latest trends in Indian real estate suggest that seven cities will have the highest share of housing launches and this will constitute 32 percent of the total market share with 193,000 units in 2018.

Then India’s first Real Investment Trust or REIT listing was created. With regard to this, Embassy Office Parks stated that Rs. 52 billion would be raised for the benefit if this industry. Rs. 900 crore was the amount with which Blackstone Group acquired One Indiabulls in Chennai. Finally, DLF shelled out Rs 15 billion for buying 11.76 acres of land in Gurugram, Haryana.

The Securities and Exchange Board of India or SEBI has created a lucrative opportunity of Rs. 1.25 trillion by approving the Real Estate Investment Trust or REIT. REIT will help all kinds of investors to conduct real estate deals in the market.

Many real estate developers have responded very positively to the demands of globalization and have adapted to the changing needs of modern times. The most prominent change that has occurred in recent times is the shift in the nature of businesses in the real estate sector. They have changed from being family businesses to professionally managed ones.

The other change that has come about is that real estate companies are hiring a large number of professionals like architects and civil engineers who are shaping the projects that are coming up in different cities in India. All this has definitely brought about a high level of professionalization in the industry that will surely hold it in good stead.

This clearly shows that an extremely bright future lies in store for the real estate industry in India particularly in the cities of Kolkata, Bangalore, Hyderabad, and Chennai. This has led to many projects coming up in different parts of these cities.

The most noteworthy among them are in North Kolkata which is witnessing a resurrection in the form of new apartments in B.T. Road, Shyambazar and Dumdum. Even the southern cities of Bangalore, Hyderabad, and Chennai have started developing upcoming projects in their swanky locations.

So what are you waiting for? Just search for a new project that is coming up in one of these cities and pay a visit to their site in order to get the home of your dreams!